July 4 is called Independence Day in the U.S., a time when we celebrate our independence from Britain. However, I want to expand that and focus on Franklin Roosevelt’s Four Freedoms. Rather than thinking of freedom as something related to one country, he spoke about what that might look like if expanded to all people and nations. With the political and social ills in the world today, it seems even more relevant than it was three quarters of a century ago.

This is part of his speech from January 1941.

“In the future days, which we seek to make secure, we look forward to a world founded upon four essential human freedoms.

The first is freedom of speech and expression — everywhere in the world.

The second is freedom of every person to worship God in his own way — everywhere in the world.

The third is freedom from want, which, translated into world terms, means economic understandings which will secure to every nation a healthy peacetime life for its inhabitants — everywhere in the world.

The fourth is freedom from fear, which, translated into world terms, means a world-wide reduction of armaments to such a point and in such a thorough fashion that no nation will be in a position to commit an act of physical aggression against any neighbor — anywhere in the world.”

This is the kind of independence day to work for – peace and freedom in the entire world. FDR did not see this as impossible, but, the “kind of world attainable in our own time and generation.” Is that true? We can’t know until we give it a try. We can’t know until we begin treating all human beings as our brothers and sisters, and work for justice for all. So on this July 4th, let us expand our vision of freedom to encompass the globe. 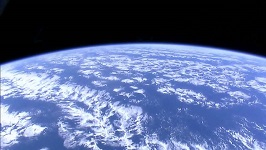 All human beings are born free and equal in dignity and rights. They are endowed with reason and conscience and should act towards one another in a spirit of brotherhood.–Universal Declaration of Human Rights (U.N. Article 1.10 December 1948)

Give me your tired, your poor;
Your huddled masses yearning to breathe free,
The wretched refuse of your teeming shore,
Send these, the homeless, tempest-tossed to me:
I lift my lamp beside the golden door.–Emma Lazarus

Experience teaches us to be most on our guard to protect liberty when the government’s purpose is beneficent. Men born to freedom are naturally alert to repel invasion of their liberty by evil-minded rulers. The greatest dangers to liberty lurk in insidious encroachment by men of zeal, well-meaning but without understanding.–Louis Dembitz Brandeis

A free society is one where it is safe to be unpopular.–Adlai Stevenson

Freedom is fragile and must be protected. To sacrifice it, even as a temporary measure, is to betray it.–Gennaine Greer

He who would make his own liberty secure must guard even his enemy from oppression; for if he violates this duty he establishes a precedent that will reach to himself.–Thomas Paine

I believe in liberty for all men: the space to stretch their arms and their souls; the right to breathe and the right to vote, the freedom to choose their friends, enjoy the sunshine, and ride on the railroads, uncursed by color; thinking, dreaming, working as they will in a kingdom of beauty and love.–W. E. B. Du Bois

I would rather be exposed to the inconveniences attending too much liberty than to those attending too small a degree of it.–Thomas Jefferson

Next in importance to freedom and justice, is popular education, without which neither justice nor freedom can be permanently maintained.–James A. Garfield

The true danger is when liberty is nibbled away, for expedients, and by parts.–Edmund Burke

Find nearly 9000 inspirational quotes and a link to the Quote of the Day list, as well as quotation related merchandise, at http://www.quotelady.com.